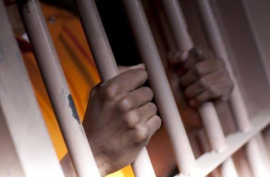 Over 1000 people have been arrested across the Gauteng province during an O Kae Molao Operation at the weekend.

The operation incorporating the Sedibeng, Sebokeng, Sharpeville and Evaton areas included roadblocks where 22 people were arrested for driving while under the influence of alcohol.

The South African Police (SAPS) also closed a liquor shop in Sharpeville as it was found to be overcrowded and patrons were not observing social distancing measures.

Four more liquor outlets were closed down, liquor confiscated and owners arrested after they were found operating without licences and being open during curfew time.

A further 20 people were arrested for contravening curfew hours.

“More than 132 other suspects were arrested in Sedibeng District, 179 in Ekurhuleni, 162 in West Rand and 433 in Tshwane during O Kae Molao Operations conducted over the weekend. The suspects were found to have committed offences that include assault with intent to cause grievous bodily harm, possession of drugs, dealing in dagga, murder, fraud, housebreaking and theft, reckless and negligent driving, possession of suspected stolen property and possession of ammunition,” said Gauteng police on Monday.

Lesufi shuts down schools in Tembisa

Wattville on a mission to save the country