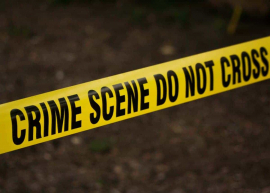 The Gauteng Human Settlements Department has condemned the senseless killing of a senior official, Teboho Makhona, who was brutally murdered in Spruitview, when 28 bullets were fired at his vehicle on Friday night.

Makhona was based in the department’s regional office in Ekurhuleni.

The department said Makhona and his colleagues were working tirelessly to allocate the rightful beneficiaries into their RDP houses, remove illegal occupants from occupying the houses, and prevent future occurrences of land house invasions in the region.

Gauteng Human Settlements MEC Lebogang Maile has called on law enforcement agencies to do their work and apprehend the killers.

“We also call on members of the communities to refrain from speculation and spreading misinformation. On behalf of the Gauteng Executive, we would like to send our condolences to the family colleagues and friends of Teboho Makhona.

“This cowardly act will not deter us from our mandate to provide quality housing opportunities to those who deserve it the most,” Maile said.

Maile, together with Mayor of Ekurhuleni Mzwandile Masina and senior officials from the South African Police Service, visited the family home of Makhona on Monday to convey their condolences on behalf of the Gauteng Government.

SA not out of the woods yet- Covid-19

What to do if your child’s educational needs changed over the...